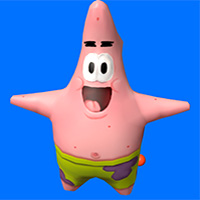 Interactive Inflatables is a fun inflatable toy simulator with extremely realistic graphics that lets you play with different figures and throw balls at them. You can play this game online and for free on Silvergames.com. From Patrick Star and Spongebob Squarepants to the former president of the United States Donald Trump, there are lots of characters waiting for you to play.

Start throwing balls at the toys and watch how they move when the balls hit them or just pass right through them. Hit one of the evil green pigs from Angry Birds or or other characters until the next level is unlocked. Have fun playing Interactive Inflatables!