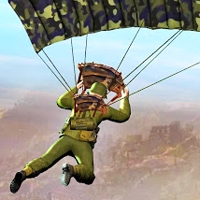 Airborne Wars 2 is the sequel to the addictive war strategy game in which you'll have to defeat your enemies with the help of your ground troops and fighter pilots. After your last victory, the enemy has recovered and will face you again, well equipped. Command your troops via foot or air to their bunkers and occupy the entire area piece by piece to finally win the battle.

In this sequel to the entertaining war strategy game, you'll also have soldiers with different abilities as well as support from the air. Take over one position after another so that your army increases and your enemy doesn't stand a chance against you. Use your mouse to send out the troops and hope for the best. Have fun in Airborne Wars Episode 2, a free online game on Silvergames.com!

Where Is the Water