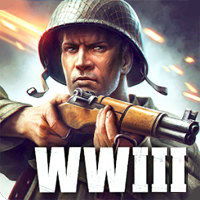 In Empire World War 3 you should continually improve your economy, as it takes money to win wars. By investing into new defense and military technologies, you will open up new and promising options. Train your units and equip them with new weaponry to make sure nothing and nobody will stand in your way. Send your tanks and troops to capture villages, command their defenses and erect new colonies. Only the best generals and most level-headed strategists will claim victory. It's time to pit your tactical skill and strategic acumen against players of enemy empires. Join the action-packed gameplay of Goodgame`s Empire World War 3!