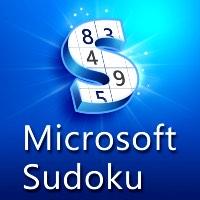 Microsoft Sudoku is a great digital version of sudoku, a puzzle game based on numbers and grids. Your goal in this free online game on Silvergames.com is to write the correct numbers in a nine by nine spaces grid, which is formed by nine square blocks, each containing nine spaces. Try to fill the grid as fast as possible to set an unbeatable highscore.

What’s the challenge about writing numbers in a grid? They can not be repeated in the same row, or in the same block of three by three. The game starts with some numbers already set, so you will have to observe where all the other numbers have to be set. Use hints, notes and watch how many of the missing numbers are left. Enjoy playing Microsoft Sudoku!