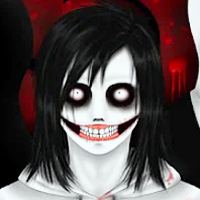 Let's Kill Jeff The Killer: The Asylum is a cool first person horror game about one of the internet's most popular killers hiding inside of an abandoned asylum. You can play this game online and for free on Silvergames.com. You were sent to that horrible place with the mission of proving Jeff’s existence. Clear your way through each and every room and try to look for photos of him.

Be careful, Jeff may be right behind you waiting to stab you with his blade, so defend yourself and try not to become another one of his victims. Evil rats and creepy pasta assassins can be hard to deal with when you are trapped inside a bloody crime scene, but you’ll be just fine. Good luck with Let's Kill Jeff The Killer: The Asylum!