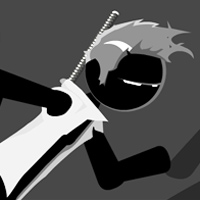 Sift Heads Street Wars is the official demo of the upcoming multiplayer action game, in which you'll have to save Vinnie from being found and killed by his enemies. In this exciting prologue to the actual game, Vinnie not only has to contend with the Russians, but also the Japanese and Italians are after him.

You'll start the game with two mafia villains named Luzio and Rhino, who are hoping to intercept Vinnie at a train station, since they've received information from his informant. Try to get Vinnie out of any situation, no matter how seemingly hopeless, and make it further and further in the game. Have fun with the prelude to the new multiplayer game Sift Heads Street Wars, online and free on Silvergames.com!