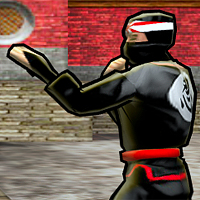 Dragon Fist 3D is an exciting fighting game in which you'll be able to carry out an exciting duel. The legendary master of the dragon fist is back and now you have the chance to compete against him in a 1 vs. 1. But to do that, you'll first have to defeat all the other fighters in this cool 3D fighting game. So choose your favorite fighter and destroy all the opponents with special attacks and well-combined moves in the arena.

Fight your way through several opponents to finally battle against the mighty Dragon Master. The previous levels will prepare you for the final battle, so acquire all the fighting skills to be able to emerge victorious in the final duel. Can you do it? Find out now and have fun with Dragon Fist 3D, as always online and free on Silvergames.com!

Getting over Snow
❯
Exit Fullscreen