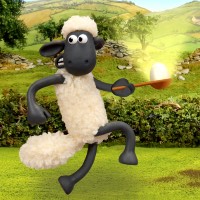 Shaun the Sheep: Chick n Spoon is a fun distance run and jump game that challenges you to run as far as possible without dropping your egg or your chick. This new free online game on Silvergames.com with the funny sheep character named Shaun challenges you to master a well known competition, usually played at sports events, called Egg and spoon race.

Help Shaun run as far as possible and throw the egg up in the air to collect as many stars as you can. Eventually, a cute little chick will come out of the egg and perform short flights to collect more stars when you throw it, but do your best to catch it when it falls down. Have fun playing Shaun the Sheep: Chick n Spoon!

Shaun the Sheep: Flock Together
❯