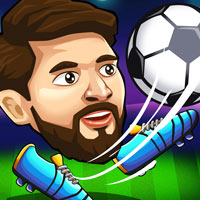 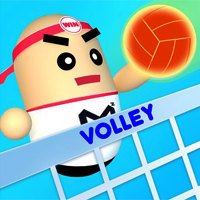 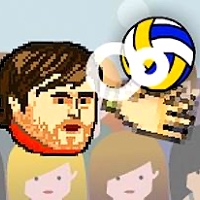 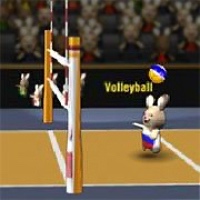 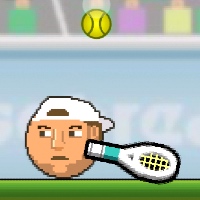 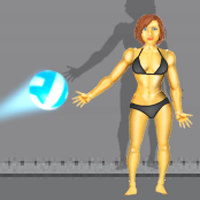 It's time to get sporty with our great collection of the best Volleyball Games here on Silvergames.com! Here you will find the best free online games about this amazing court game such as Volleybomb, Sport Heads: Volleyball, Ninja Volleyball and more. In these cool sports games, you can train your volleyball skills and practice in playing without going outside the house. Choose a team, control one or many players and try not to miss a single ball.

Volleyball is a team sport in which two teams of 6 players (men or women) compete against each other. During a volleyball game, teams are separated by the net, the main goal of the game, is to ground a ball on the other team's court and score 25 points faster than rivals. A ball can only be played with hands and arms. This ball game is originated from Massachusetts, United States where it was first played in 1895. Volleyball has been a part of the official program of the Summer Olympic Games since 1964. Nowadays, volleyball is a very popular sport especially in Europe, Russia, North and South America. Beach volleyball exists from 1987 and is played on the sand. Most of the volleyball tournaments are organized by the Fédération Internationale de Volleyball (FIVB).

If you want to play in the team USA or any other famous volleyball team and become a professional volleyball player like Logan Tom or Charles Kiraly, you have to learn some volleyball game techniques, including spiking and blocking, as well as passing and setting. So what are you waiting for? Choose one of these fun addicting Free Online Volleyball Games and start practicing and who knows, maybe some day you will get a call from NCAA. Have fun!

Here you will find 2 Player Volleyball Games and other Sport Games.

The Most Played Volleyball Games