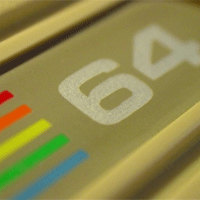 Commodore Clicker is the perfect game for you if you have ever owned a C64! Render screen after screen, and unleash the graphical mastery of the greatest computer ever. The emulated C64 boots into the incremental game, but this can be interrupted in the usual manner of hitting Run/Stop + Restore. After interruption, the game can be restarted using the statement: SYS 49152

A joystick is plugged into port 2 of the C64, and its directions are mapped to the arrow keys. The joystick is used in-game to allow movement of the sprite. Alt is the Fire key, but this is not used in-game at this time. The keyboard corresponds to that of a British C64, and is mapped in similar fashion to VICE's mapping. Key map entries not mentioned here are documented in the CIA emulation. Enjoy Commodore Clicker!

I Want to Be A Billionaire

I Want To Be A Billionaire 2

I Want to Be A Billionaire