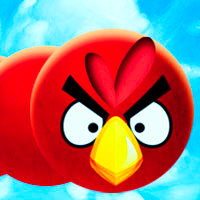 Fun IO games about weird slithering creatures that just won’t stop growing are lots of people favorite ones. In this cool single player online Slither Birds game you get look like some of the characters from the very popular Angry Birds game, only difference is you don’t fly, you crawl around like a creepy worm. Can you become the longest of them all?

Collect eggs and kill other players to eat them and grow as much as you can to become the ultimate undefeatable killer slither bird on the screen. Just make them touch your body with their heads to kill them. Surround them once you are big enough, that never fails. Enjoy Slither Birds online and for free on Silvergames.com!